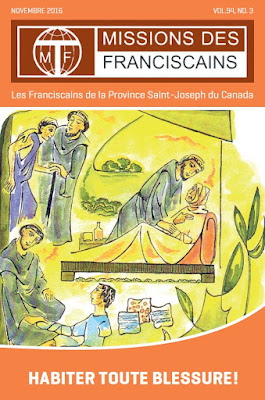 THE KOREAN FRATERNITY ST-MARY-OF-THE-ANGELS: A GENEROUS GIFT FOR OUR PROJECTS !

The Korean Fraternity of St-Mary-of-the-Angels ( Secular Franciscan Order) hold a bazar at the Korean Parish in Montreal at the beginning of July 2016, in order to get some funds, for our missionary projects in Democratic Republic of Congo.

On august 1st, they brought the sum of $6,050.00 to the director of the Mission Office, Mr. Richard Chartier, himself and Br. Andre Comtois, who accompanied the group sincerely thanked the donators of this Fraternity for their generosity.

On the other side, the Franciscans Friars of the Democratic Republic of Congo were really touched by this act of solidarity and thanked in return the Korean members for their generosity.

This gift will be assigned directly to the Projects 19 and 20 of the Democratic Republic of Congo.

Here is the description of projects :


Unfortunately, we did not collect the amounts requested for projects 19 and 20. These projects were presented to you in the issue of March 2016. Here is a brief summary of these projects.


Pursue the construction of the St. Donatus Health Center, Democratic Republic of the Congo (DRC)


Approved by the Provincial, Brother Alex Ilunga Mikombe, OFM and Brother Magloire Nyembo, OFM, the person in charge of the development office of the OFM, Province of St. Benedict the Moor.


It consists in pursuing the construction of the St. Donatus Health Center. This project has already been supported by us. (Project 7 in 2013, for a total amount of CAD 14,470.00). The purpose is to provide a better health service to abandoned and poor people, who live afar from health centers. We support 3360 families who subsist on agriculture and who live in 14 villages that are 55 km away from Bukavu. The Brothers wish to improve the health and welfare of the local people, facilitate access to health services and dispense basic care. They also wish to take care of children suffering from malnutrition and establish a pharmacy.

Project update: Brother Pierre Matabaro, OFM, informed us that the Health Center is currently being enlarged (see picture). It is the same building that was built in 2013 (Project 7) that has the shape of the Franciscan Tau Cross. Brother Pierre emphasizes that the following step will be to put together a small pharmacy thanks to the contributions of the benefactors of the Franciscan Missions of Canada.


▸Collected amount: CAD 6,000.00. This amount has been sent to the Brothers with the purpose of starting the project. The goal to achieve for this project is: CAD 6,000.00.


Construction of a sewing workshop for young girls, Democratic Republic of the Congo (DRC).


Petitioners: Brother Nestor Shaminga, OFM, person in charge of the development office in the Province of Saint Mary of the Angels, Democratic Republic of the Congo (DRC) *New Franciscan province in DRC since 2015.


Approved by Brother Honoré Kadima, president of the development office, Province of Saint Mary of the Angels, DRC.


Project description:
In the city of Mbujimayi, young girls are practically abandoned because their parents cannot afford to support them and thus, they are left to their fate. The Brothers’ objective is to give them a formation in dressmaking and supervise them, so that they will be able to find a job and overcome poverty. The project plans the construction of a sewing workshop that will be equipped with the necessary material and thus, provide formation for these young girls. This formation will be provided by graduates in that field and by the Franciscan Stigmatine Sisters. The project will support 25 young girls between the ages of 12 and 25 years old that were not able to attend school because their families could not afford it.


▸Collected amount: CAD 6,000.00. This amount has been sent to the Brothers with the purpose of starting the project. The goal to achieve for this project is: CAD 6,000.00. 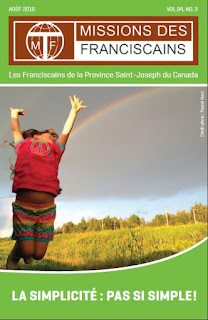